U.S. shipping only for now! 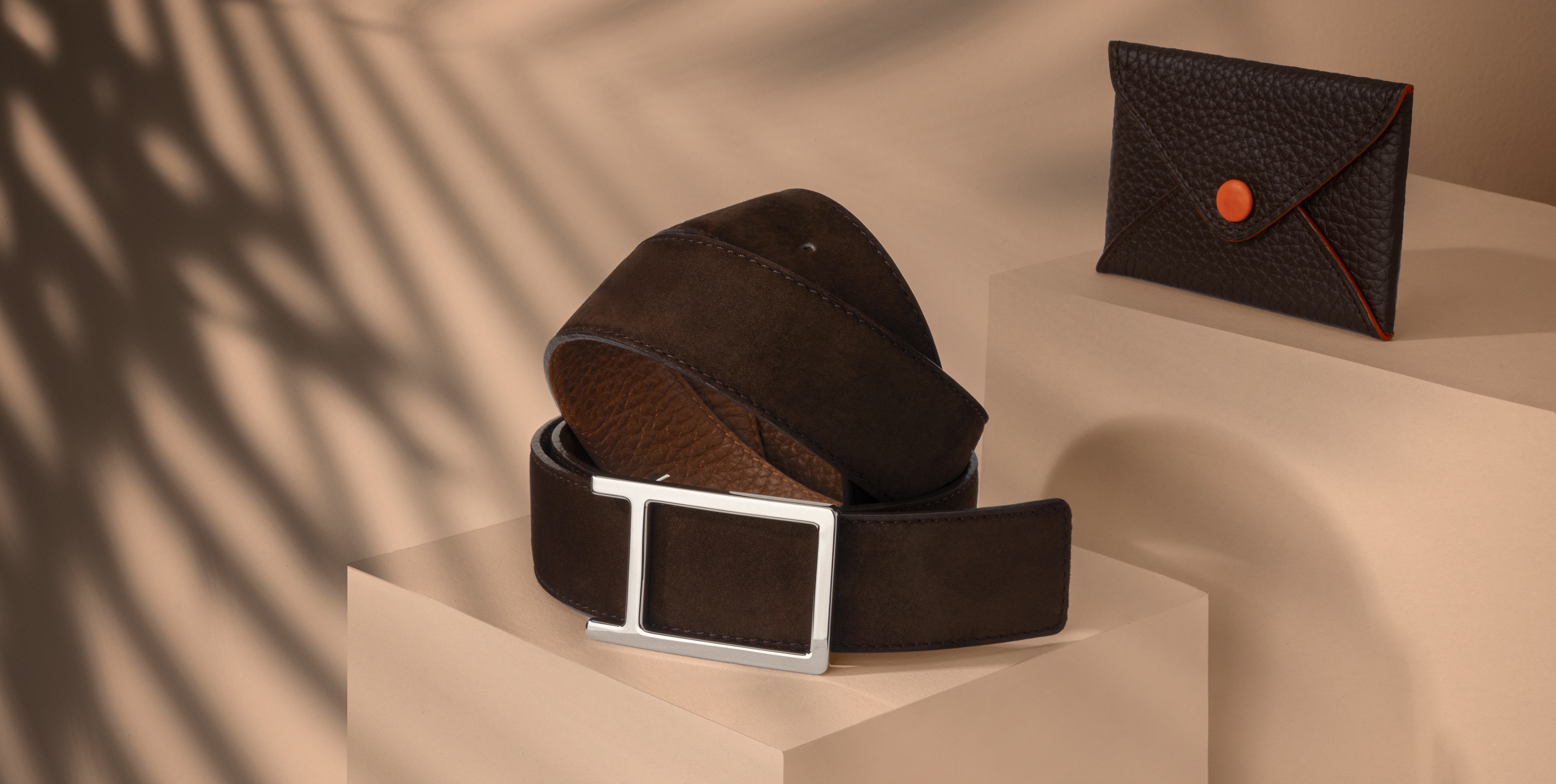 A Swiss brand with French roots, J. Hopenstand combines some of the world's best leather artisanship with a timeless and sleek design. This brand is a great choice for the modern man looking for a truly versatile belt.

Every brand goes through the brand test 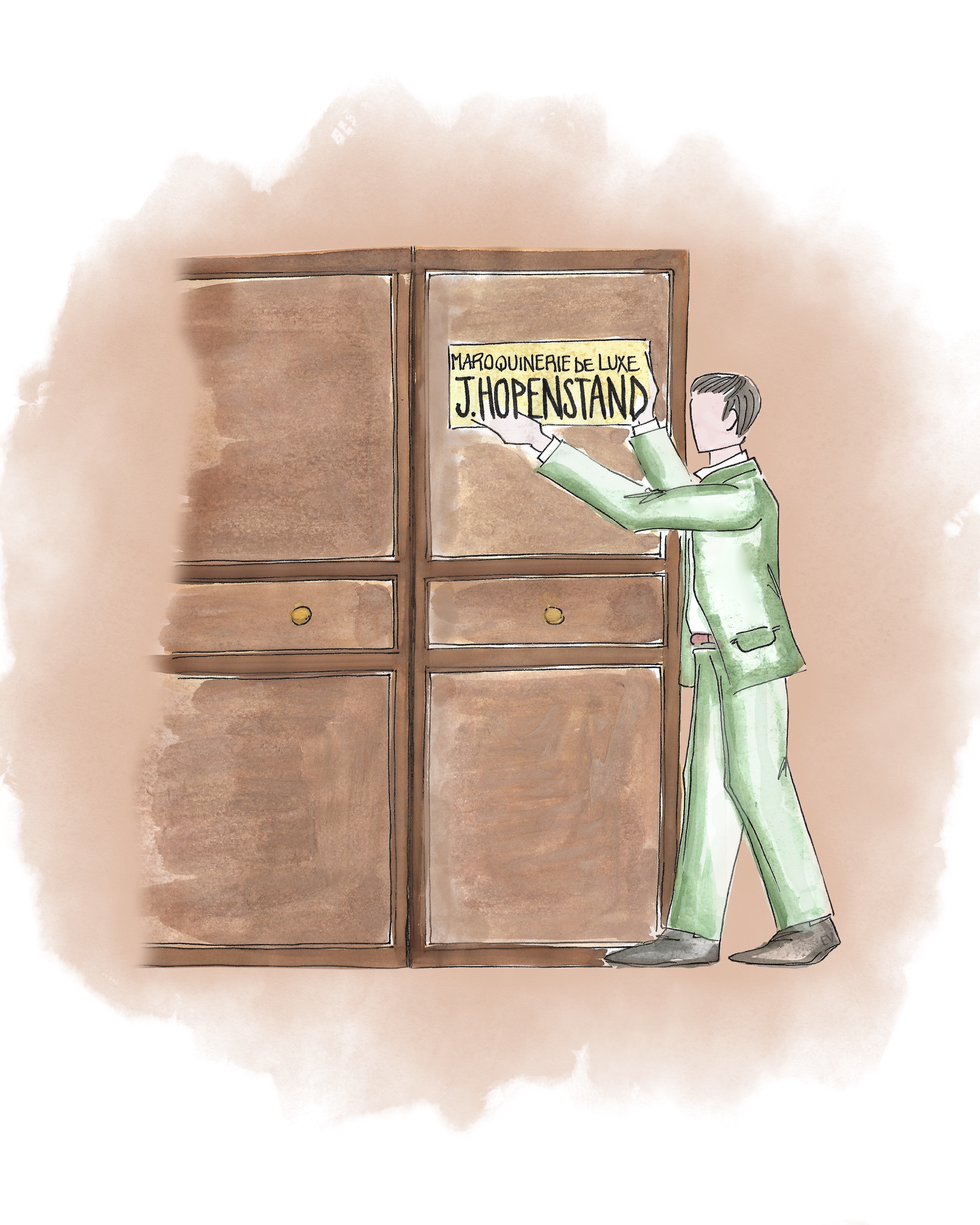 Originally from Warsaw, Poland, Jacques Hopenstand established his namesake atelier in 1925 in Paris, France. Jacques was married to Francine Gauthey, who had famously spent time at the legendary haute couture French dress houses of both Poiret and Vionnet. Together, in a love story that would impact their future scion for generations to come, they designed and created exceptional leather goods for a discerning Parisian clientele.

It is the same passion for leather goods and craftsmanship that drives the company today. Jacques’s descendants, Rémi and Renaud Defrancesco, along with their friend Clémence Dubois have reinvented the brand and diversified to a wider range of accessories, all while preserving the same high standards of quality adopted by their great-grandparents. J. Hopenstand is now proudly based in Lausanne, Switzerland. 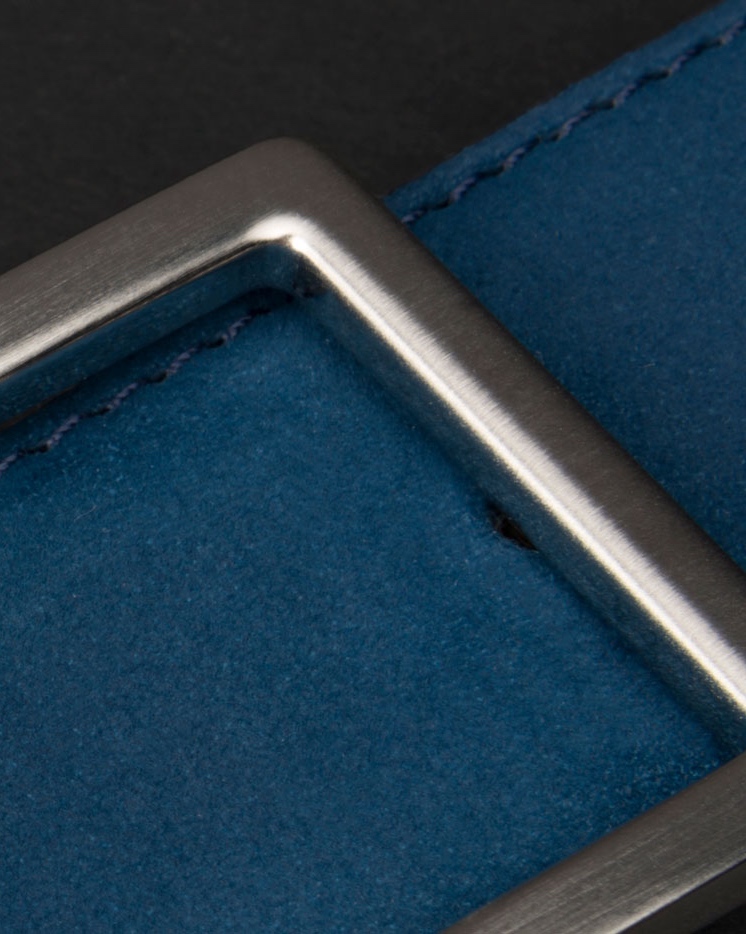 All items are 100% handmade in either Switzerland or France, and the craftsmen of J. Hopenstand are themselves a force to be reckoned with in the menswear industry. All the craftsmen belong to the Compagnons du Devoir, Meilleurs Ouvriers de France, and Entreprises du Patrimoine Vivant Français.

If that doesn’t just sound impressive in itself, know that these are craftsmanship guilds of the highest order in France. Compagnons du Devoir is an organization of artisans and craftsmen that originated in the Middle Ages. Meilleurs Ouvriers de France is a craftsmen competition that is held every four years. Entreprises du Patrimoine Vivant Français is an official designation only bestowed upon French companies that demonstrate exceptional know-how and expertise.

The savoir faire of J. Hopenstand is most evident in its finished products. According to Rémi Defrancesco, edges of their leather goods can be sanded and colored up to five times, while buckles are hand-polished and coated with gold, palladium, and lacquer. The precision of the French along with the rigorous nature of the Swiss come together to create incredible quality that is the DNA of this fabled brand. 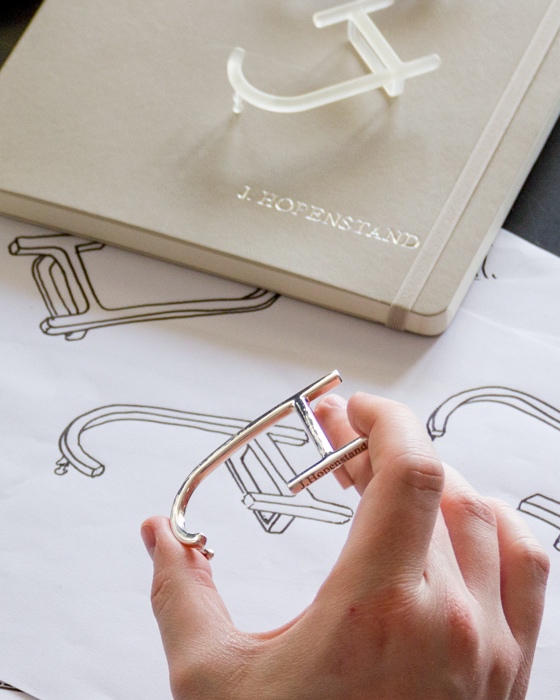 Much like many other brands at Alex Crown, J. Hopenstand’s designs have stood the test of time while fusing traditionally crafted goods with a modern relevance. Perhaps the most iconic product from the brand is their reversible belt, which comes in a myriad of colors, combinations, and leathers. They are also fully customizable and can fit a varying number of buckle types.

A reversible belt has to be one of the most versatile accessories of a modern man’s wardrobe. If you select the right colors to complement your outfit, you don’t need very many belts! 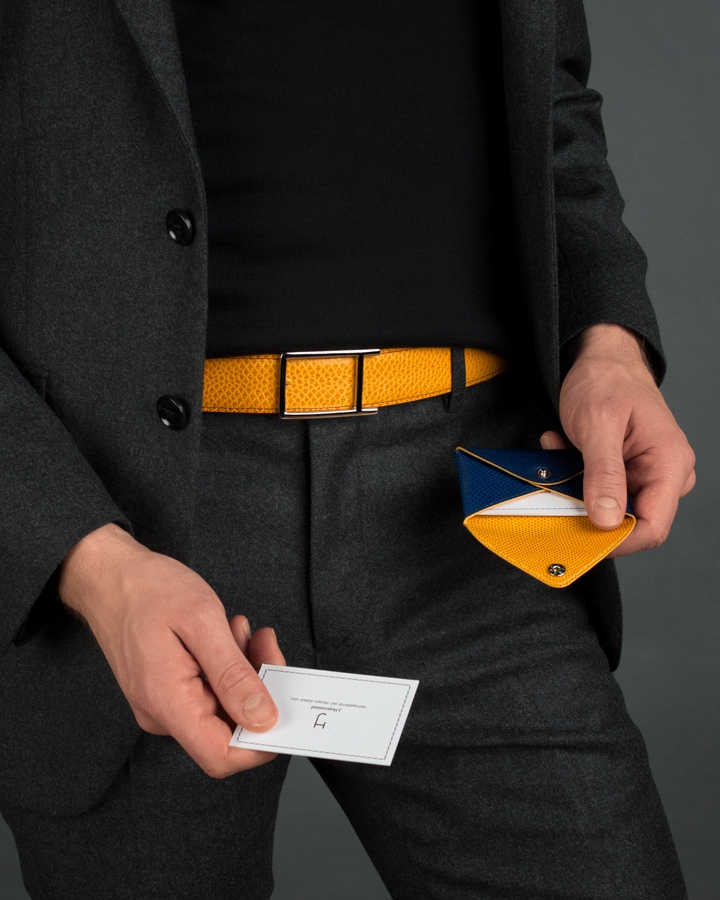 When the brand was reborn in Switzerland, it was only sold online to ensure product accessibility and a fair price. Quality was of the utmost importance, and they worked with only the most highly-skilled artisans to perfect their craft. All of the brand’s craftsmen belong to the Compagnons du Devoir, Meilleurs Ouvriers de France, and Entreprises du Patrimoine Vivant Français. Given the high level of skill involved, the sensible price creates a high quality-to-value ratio. This is a great example of a true democratization of artisanship and savoir faire. 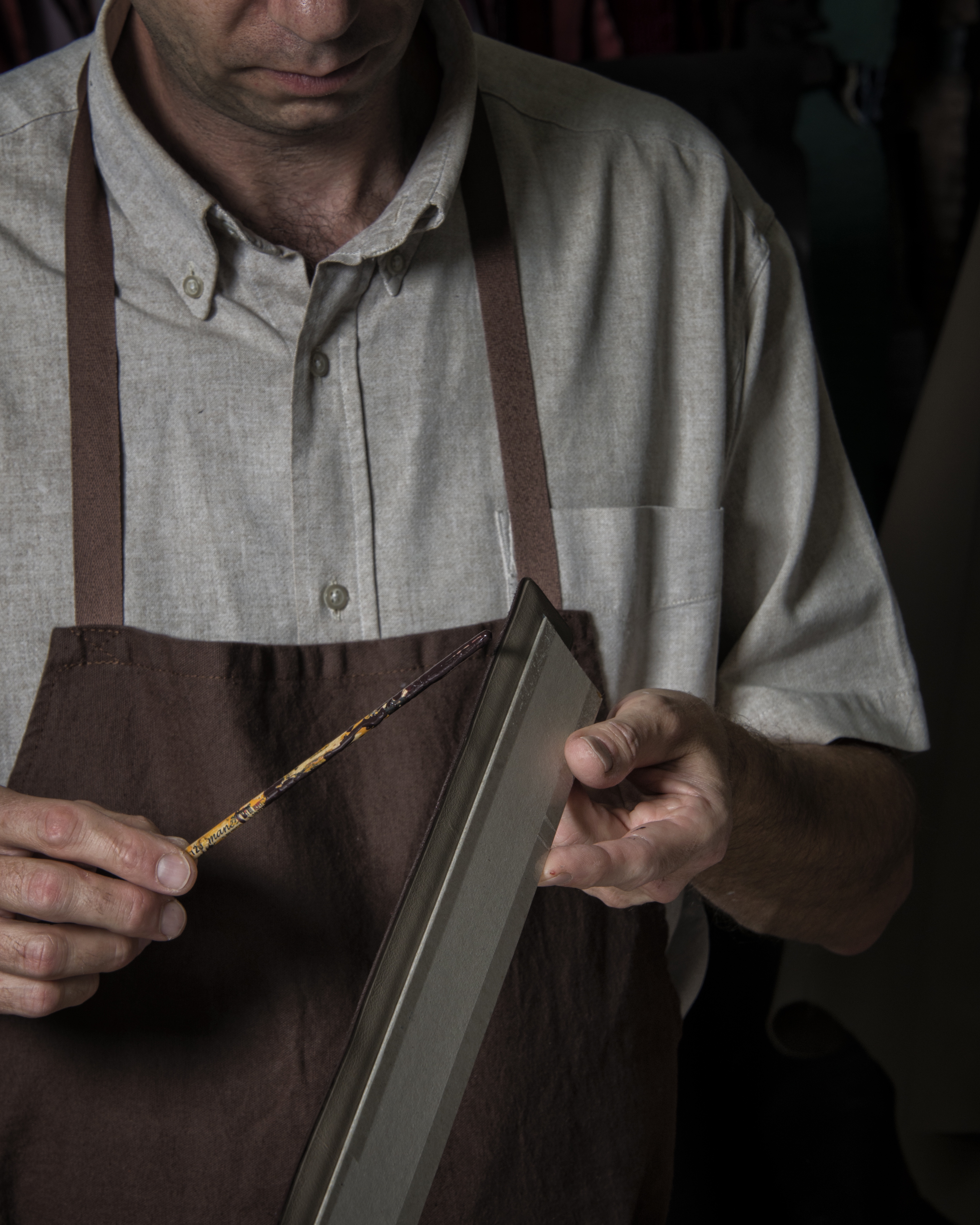 J. Hopenstand is taking an active and decisive stance to create sustainable products. Their hides are sourced from France, Switzerland, and Germany. They tightly control production standards of their ateliers and are careful with how they dispose of chemical agents at their tanneries. They only work with tanneries that are compliant with strict environmental regulations.